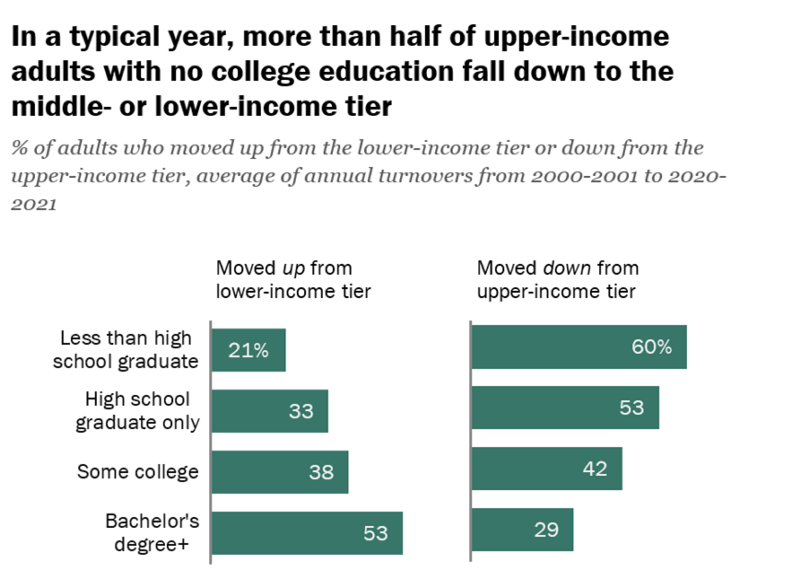 A chart from Pew Research Center, depicting the percentage of adults who moved up and down income tiers.

Did you see our tweet last week? A recent report from Pew Research Center affirms the connection between education and economic status.

According to report authors Rakesh Kochhar and Stella Sechopoulous, "the transience of economic status varies significantly across racial and ethnic groups and by level of education..." This recent report shows that groups with lower levels of education are less likely to see economic gains or progression. Lower education levels are linked to economic regression.

The report also studied the role of education in income tiers. The authors found that adults with at least a bachelor's degree were three times as likely as those who did not finish high school to move from the middle to the upper-income tier. Furthermore, college graduates were more likely than those with a high school diploma or only some college education to move up from the middle-income tier.