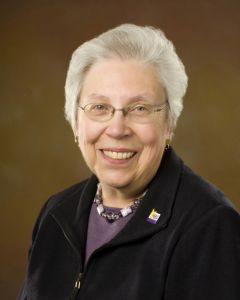 Judith Ramaley was new in her position as assistant director of the Education and Human Resources Directorate at the National Science Foundation when she attended her first Advanced Technological Education Principal Investigators Conference in the fall of 2001.

Ramaley had not planned to share her opinion about SMET with the ATE principal investigators; however, something at the meeting prompted her seemingly spontaneous comment that she did not like the acronym and thought it should be changed to STEM. It was the first public meeting where she or anyone else is known to have suggested STEM as the acronym of science, technology, engineering and math.

In a recent phone interview, Ramaley said she had been thinking about the need for a new term for some time because SMET sounded "ugly" and conjured up other similar sounding words that "are not friendly." The sequence of the letters with engineering and technology trailing after science and math did not seem quite right to her either. "It didn't capture the actual logic of what I thought we were trying to do," she said, referring to NSF's mission of encouraging people to apply science and math to solve problems using technology and engineering.

"STEM works better because the science and math carry as the core their applications of technology and engineering. So I concluded that on both aesthetic grounds and conceptual grounds, STEM was better," she said.

After the ATE meeting, Ramaley talked to NSF Director Rita R. Colewell and Deputy Director Joseph Bordogna about adopting STEM as the acronym to encompass the disciplines the federal science agency focuses on. They agreed and gradually STEM replaced SMET in NSF solicitations and publications. "Really, it was it was a fairly simple thing," Ramaley said, explaining that she started using STEM on materials in EHR and then other directorates adopted it.

"It took a little while because solicitations and other documents at NSF all contained SMET, so I would say it was about two years before we completely we had switched one acronym to the other. And then to my amazement—because wither goeth the NSF apparently goes the community—we ended up with STEM everywhere. I love it."

Her role in this iteration of what she calls "the infection theory of change" has been recognized by others. One time while she was serving as president of Winona State University, the governor of Minnesota introduced her as the "godmother of STEM." Ramaley quipped at the time that she was "the mother of STEM." She responds with good humor to reporter's queries about her coinage of the term. (The call for ATE@20 fills her quota of STEM-naming media calls for 2013.)

Now serving as distinguished professor of public service at Portland State University, Ramaley has been happily surprised that STEM quickly became part of the nation's vocabulary. She attributes this to others finding the old acronym "less than desirable."

She admits to grinning to herself a few years ago when she passed a large museum display with signs encouraging youngsters to enter STEM careers. "You know if it said 'SMET' it wouldn't be as appealing," she said.