Members of the ATE community are acutely aware of the importance of technology in our lives - and the challenges that many of our students face in overcoming technological barriers to access the educational resources that they need to thrive. The “digital divide” is a reality for many of our students - referring to the gap between groups of people in their ability to access, use, and benefit from computers and technologies such as the internet. As devices such as smartphones, desktop or laptop computers, and tablets (all supported by high-speed internet connections) become more central to the way we live - get an education, find jobs, access information, file taxes, etc. - the digital divide threatens to limit some people’s ability to fully participate in society.

These issues have been particularly salient throughout the pandemic, and have thrown into sharp relief the persistent gaps that remain - and the potential solutions to close digital divides based on income, education, race and ethnicity, geography, and disability. Throughout this year, the Pew Research Center has released a series of reports on the digital divide, based on a representative survey of 1,500 adults conducted last winter. Here, we highlight some of the most pertinent findings. 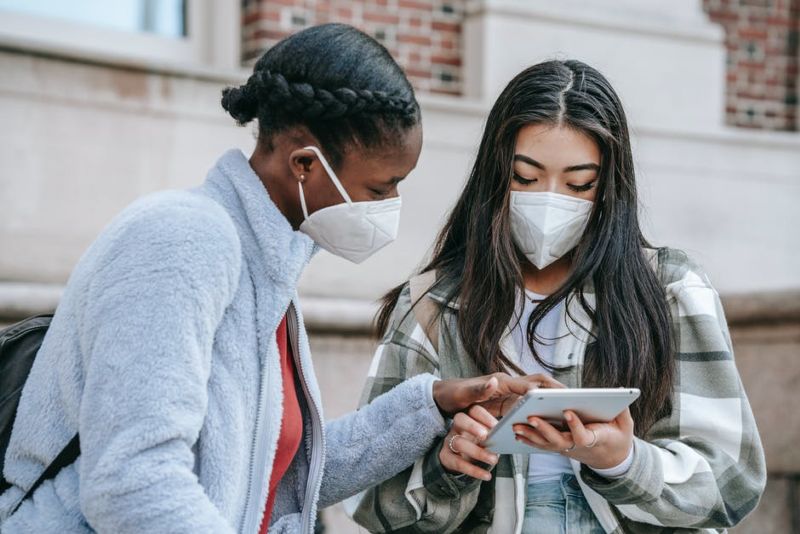 The first report, “Digital Divide Persists Even as Americans with Lower Incomes Make Gains in Tech Adoption,” suggests that there is an income-based digital divide among American adults. Among adults in high-income households (earning more than $100,000 per year), more than 90% own a smartphone, own a computer, or have broadband access at home. However, among adults in low-income households (earning less than $30,000 per year), these figures are 76% for smartphone ownership, 59% for computer ownership, and 57% for broadband access. Because smartphone ownership is highest among this group, many lower income adults rely on smartphones - and their smaller screens - for tasks that may be better suited to larger screens. And of course, this disparity shows up in the form of a “homework gap” for children in school.

Other reports from Pew point to geographical, racial, and ethnic characteristics of the digital divide. The results in “Some Digital Divides Persist Between Rural, Urban and Suburban America,” suggest that among adults living in urban and suburban areas, 77% and 79% have home broadband access, but for adults living in rural areas, this figure is 72% (although it has risen by 9 percentage points over the past 5 years). Adults in rural areas are also less likely than adults in urban and suburban areas to own a smartphone, tablet, or computer. Another report, “Home Broadband Adoption, Computer Ownership Vary by Race, Ethnicity in the U.S.,” suggests that while rates of tablet and smartphone ownership are similar for White, Black, and Hispanic adults, people in these latter two groups are less likely to have access to a computer or home broadband (about 7-in-10) than White adults (about 8-in-10).

There are ways that digital technologies and devices can be more accessible for people with a variety of disabilities. The search engine accessFind, for example, will use an index of website accessibility to display only accessible websites in its search results. Social media platforms such as Facebook and Instagram are experimenting with automatic alt-text for content such as images, and other tech companies such as Apple, Google, Microsoft, and Amazon are working to make hardware and software more accessible.