It was 2015 and at 40, Joyner, who had previously earned one bachelor’s degree and other postsecondary credentials, was in the midst of a career reset following a divorce.

Talking with other women about their STEM classes, hearing presentations by female technicians, and learning career tips during biweekly Women in Technology meetings became integral to Joyner’s success. It also sparked Joyner’s interest in working for the college, which she has now done for about five years.

Computer Technologies Instructor Pamela Silvers started Women in Technology as part of her Skilled Workers Get Jobs Advanced Technological Education (ATE) projects that developed strategies to recruit and retain women in STEM careers with support from the National Science Foundation. 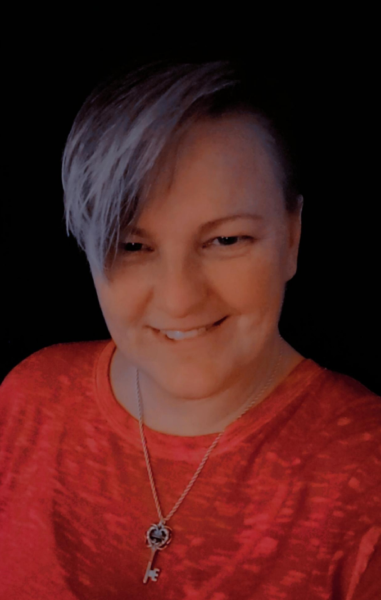 Silvers’s first ATE grant Skilled Students Get Jobs: Recruiting Women and Engaging ALL Students (1204797) began in 2012 and led to the use of problem-based learning throughout A-B Tech. The project also developed marketing materials to recruit women. The project documented improvements in female retention in four of the seven STEM programs it targeted.

Beginning in 2015, Silvers used a second ATE grant ‒ Skilled Workers Get Jobs 2.0: Appalachian Impact (1501535) ‒ to spread and adapt the Skilled Students Get Jobs recruitment and retention strategies at six other colleges in Appalachia. Silvers reported that “Over the course of the project, female retention in programs exceeded male retention, often by significant numbers. Creating an invitational classroom which included engaging activities for all students proved to be important for achieving the retention goals.”

For Joyner it was particularly helpful to arrive at A-B Tech in the midst of these ATE projects.

“I wasn’t young and I was a full-time student and it was not easy to sit in class with these younger students and do everything I was trying to do,” she said. Networking at Women in Technology meetings and becoming a student ambassador for Women in Technology boosted her confidence.

Having to do all her assignments in the college’s lab because she did not own a computer was another challenge for Joyner during her first year on campus.

But her helpful replies to other students’ questions were noticed by the computer lab staff who hired her as a student lab worker.

Her outstanding work during the COVID-19 pandemic led to Joyner being named 2021 Part-Time Staff Member of the Year by A-B Tech. The award lauds Joyner for setting up socially distanced computer stations in the college’s conference center in the early days of the public health crisis and her effective responses to questions from faculty and students while staffing the college’s tech support chat line.

This year Joyner will become a full-time digital specialist and print administrator at A-B Tech.

“Transitioning to the full-time position will allow me to continue with my passion of helping others while also having benefits. Working at a college became a dream when I was a student. I like the open nature of community colleges – all students have a chance to succeed.  And if I can be part of their success, I am happy,” she explained in a recent email.

Her interest in working for the college began with Women in Technology. She wrote. “I believe my desire to work at the college is a direct result of being involved in Women in Technology. During that time, I started helping students who were unsure of their path – and I realized I liked the role. So when the opportunity to work at A-B Tech became available, it was a natural fit.”

Last Edited: May 9th at 9:20am by Madeline Patton