World-renowned coral reef scientist Robert H. Richmond says the outcomes from his four ATE project grants, which build the capacity of STEM educators and capabilities of students at five Pacific Island community colleges, are among the most gratifying accomplishments of his career.

“Honestly when I look back and I can see the things that I consider to be the greatest contributions I would have to say NSF ATE programs in the end are probably the most valuable things I’ve ever done. Not all my research colleagues would agree, and I would like to think my research—my research publications—are having an impact. But in the end, when I look at the numbers: I look at the islands. I look at where they start[ed], and where they are today. In reality the bang for the buck has been pretty amazing in terms of where they are,” Richmond said during a phone interview from Hawaii where he the director of the Kewalo Marine Laboratory at the University of Hawaii at Manoa.

Robert H. Richmond, director of the Kewalo Marine Laboratory at the University of Hawaii at Manoa, has built the marine science skills of Pacific Island college faculty and students with four ATE grants.

The four ATE project grants for the Partnership for Advanced Marine and Environmental Science Training for Pacific Islanders have focused on different aspects of building the STEM skills of Pacific Islanders in culturally sensitive ways that prepare them for STEM careers, particularly in environmental science. Since World War II most STEM technology jobs in the U.S.-affiliated Pacific Islands have been filled by expatriates. The target audience for all the ATE grants has been the faculty and students of the five associate-degree-granting colleges: American Samoa Community College, College of Micronesia – FSM, College of the Marshall Islands, Northern Marianas College, and Palau Community College.

“Even though the numbers may not seem huge by mainland standards, for the islands and the communities here that has been one of the things that we’ve been very pleased about. Just overall in the marine and environmental sciences, when we started … [they] had anywhere from five to seven students. Now many of these programs have between 40 and 60 students,” he said.

Richmond estimates that 1,500 Pacific Islanders have benefited directly from the courses, environmental clubs, and community outreach activities initiated with the support of the current ATE grant. Because of the sequence of funding the project team has tried to to track students’ academic and career paths. About 50 students from six cohorts of associate degree completers have gone on to earn four-year degrees. Several students have enrolled in master’s degree programs and one student is now in a PhD program. Since 2018 eight graduates are known to have gotten jobs in marine or environmental science.

Vernice Yuji was one in the first group of faculty to attend one of the partnership’s “footlocker workshops” a decade ago. Now Yuji, associate professor of science at Palau Community College, is a co-principal investigator of the current ATE grant (#1601119) with Richmond. She helps lead the advanced training for faculty to update their courses and expand the use of new technologies. The current project also helps the faculty support student internships and research experiences.

The first ATE grant (#0502001), connected faculty at the colleges with multiple federally funded marine science research initiatives. The second ATE grant (# 0603248) focused on the community colleges’ course development and articulation agreements with four-year universities. The third ATE grant (#0903128) focused on increasing the capacities of the colleges and collaborating with Pacific Island employers to identify the technical skills they wanted marine and environmental science graduates to have.

“Footlocker workshops are one of the tools that make this NSF ATE grant project unique,” Lauren Wetzell, an education specialist at Kewalo Marine Laboratory, wrote in an email. The three-day workshops teach faculty and selected students to use advanced technology equipment and apply what they learn in the field to understand current marine conservation issues. The footlockers of equipment are then shipped to the five campuses for faculty and students to use.

In 2017, for example, the marine science faculty from Palau Community College (PCC) and research staff from the Palau International Coral Reef Center hosted a foot locker workshop where Richmond and Stanford University Professor Robert Dunbar, also a world-renowned coral reef expert, taught participants how to use several tools to measure the water quality near coral reefs.

A big lesson for Richmond has been the value of experiential learning. Through the ATE grants he has learned that engaging students with hands-on learning lessens the intimidation that some Pacific Islanders feel about Western science. It also helps the students appreciate the science woven into Pacific Island cultures.

Because Pacific Island communities have depended on coastal fisheries and natural lands for their survival for generations, many islanders have great observational skills and know basic ecology and biology concepts, Richmond said.

He describes himself as “a big fan of traditional ecological knowledge,” but notes that traditional environmental practices have previously not had to deal with hazards like pesticides and rising sea levels from climate change.

“What we’re really doing in our program is marrying the best of traditional knowledge and cultural practices that have been sustainable for thousands of years, but adding to it the technological element of modern science and tools that enable them to face the challenges that are occurring today,” he said.

A phenomenon that Richmond calls “a bitter pill” is that the college students being prepared to fill key positions in private sector, government agencies, and non-government conservation organizations may soon have no choice but to use their STEM skills elsewhere.

“In addition to getting that local capacity, it’s unfortunate to say by we’re actually preparing students for the day when they may have to evacuate and abandon their island because of climate change and sea-level rise and get gainful employment in the United States or wherever else they move,” he said.

Unusually high spring tides known as “king tides” have already damaged the limited drinking water supply of the Marshall Islands, Richmond said. Some people in  the “first wave of environmental refugees” are living in a 300-tent encampment of homeless people near Honolulu. One of the families he talked with there had nine people surviving on one adult’s fast food wages.

His hope is that students enrolled in the marine and environmental science programs at the five Pacific Island community colleges will have the skills both to help their communities cope with climate change challenges and to support their families on their home islands or, if they must move, in other places. 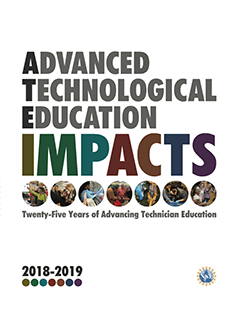