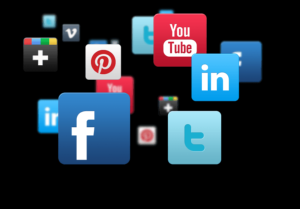 ATE Central, in collaboration with EvaluATE and members of the ATE community, is conducting a survey of ATE community audiences in the spring of 2015 and 2017.  The results of the survey will provide a snapshot for projects and centers of how their individual audiences use social media and technology as well as an aggregate picture of the community as a whole.

Based on the results of the 2012 Social Media and Technology Survey conducted by ATE Central, many project PIs and staff members feel that while social media technologies are useful, they are being underutilized or not used strategically to support outreach and other programmatic efforts. To help the ATE community better understand audience needs and create services and strategies that fully utilize social media and the technologies they employ, ATE Central will work with partners at the Evaluation Center to create an ATE Audience Social Media and Technology Survey.  This survey will be developed collaboratively with the ATE community and will provide insight into the usage patterns of ATE project and center audiences.  Any project or center that wishes to participate will share mailing lists with ATE Central, from which a master mailing list will be created with coding to allow extraction of individual project or center results.  The final results of the survey will provide a snapshot for projects and centers of how their audience is using social media and technology as well as an aggregate picture of the community as a whole.  This will allow centers and projects to craft focused plans for outreach that meet their users needs via the technology pathways their audiences already use.

In the interest of privacy, the aggregate mailing list will be destroyed at the end of each survey cycle (there will be two surveys administered) and survey results distributed to project partners and in a report for the community and NSF.

Centers or projects who are interested in participating in the second round survey should contact ATE Central by emailing us at smsurvey@atecentral.net.